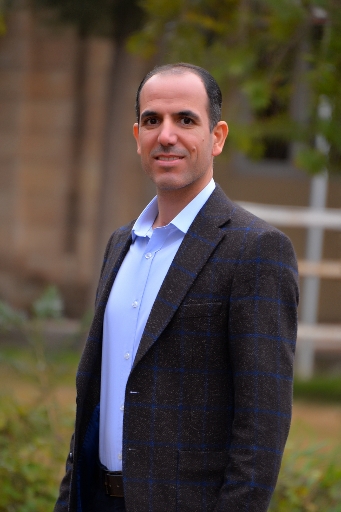 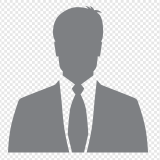 Abstract:-
Fiber lasers are the next generation of lasers, leading to several revolutionary advances in industrial, defense and scientific applications. These advances hinge on fiber lasers’ unique power scalability and their suitability for monolithic integration, so that free space optical configurations of conventional lasers are being replaced by optical circuitry consisting of various fiber and micro-optics elements and components. Our research focus primarily on advanced fiber laser systems, which include exploring performance limits (power, energy, duration, etc.) of fiber lasers as well as exploring novel fiber laser architectures. In this presentation, the milestones of silica fiber laser development are briefly reviewed and recent advances of high-power continuous wave, Q-switched and mode-locked fiber lasers in the 1, 1.5 and 2 μm regions are addressed in detail. Our research also considers numerous nanomaterials: graphene, transition metal di-chalcogenides, topology insulator, black Phosphorus, TiO2, CdSe, ZnO and each with distinct yet complementary properties. We have used these materials to develop a variety of short-pulse lasers operating at different wavelength regions.

Abstract:- The world’s largest ongoing collisional orogeny is the Europe Alps–Himalayan–SE Asian belt and is a natural laboratory to understand many processes that have shaped the continents. Due to political instability and conflict throughout this millennium, the Iraq (Kurdish) sector of the Zagros mountain chain is the least studied part of this orogenic system. In Iraq, the Zagros contains the suture between the Arabian subcontinent to the south and west and the Iranian edge of the Eurasian continent to the north and east. The suture zone is marked by several allochthons of Neotethyan ophiolitic and volcanic arc assemblages that were obducted onto the Arabian margin. New geochronological data, including SHRIMP U-Pb zircon, integrated with whole rock geochemistry, indicates that both Cretaceous (˜96 Ma) and Cenozoic (˜40 Ma) assemblages are present. In Iraq uncertainties still remain over the ages of the possible Iraqi Cenozoic Neo-Tethyan ophiolites and, therefore, it is necessary to look for new age determinations to prove the occurrences of possible Cenozoic ophiolites in order to deduce the historical evolution of both the Late Cretaceous and Cenozoic ophiolite-arc system

The discovery of the DNA and its structure and then the decoding of the complete genome sequence of the human and other species produced a huge revolutionary knowledge that changed our understanding of biology and living beings. This discovery not only influenced the science and scientific community but also influenced the entire human society.
So far, the field of DNA research is keeping evolving and numerous emerging technologies are making notable advancements, in particular, in the field of medicine and health. The use of DNA information/techniques in human identification is one of the fields which is greatly advanced from the DNA knowledge leaving impacts and concerns on science and society.

Dr. Solomon Buckman
Affiliation
University of Wollongong /Australia
Speech Title:
Tectonic evolution of the Neotethys Ocean from the Zagros to the Himalaya

The Himalaya and Zagros mountains record the closure of the Neotethys Ocean that once separated India and Arabia from Eurasia. Continental collision of India with Eurasia some 55-35 million years ago gave rise to the Himalaya – the largest mountain range on Earth. The Zagros Mountains record a similar but younger and diachronous collision between the Arabian continent and Eurasia that began some 20-30 million years ago in the northern Zagros but has yet to begin collision further south in the active Macran Arc. This small portion of Neotethyan ocean crust between the already obducted Oman ophiolite on the Arabian peninsula and the active continental Macran Arc in Iran reveals the two-stage, collisional history involving; 1) ophiolite obduction onto either India or Arabia continental masses, followed by, 2) terminal continental collision. Our work on Neotethyan ophiolites from the Zagros to the Himalaya reveal that collision of ophiolites and island arc terranes is an important mechanism of continental growth along suture zones that is often overlooked in tectonic reconstructions and very important to mineral exploration programs.

is life written into the fabric of the Universe? The first detection of an interstellar diatomic molecule came as a surprise, given the harsh conditions of the interstellar medium. Eighty years later, more than 50 interstellar molecules with six atoms or more have been discovered, almost half of which in regions that will eventually form planetary systems like our own Solar System. What is more, the backbone of all these large molecules, called interstellar Complex Organic Molecules or iCOMs, is made up of carbon atoms. Add to that the ubiquity of water in solar-like forming planetary systems and the cocktail for the potential emergence of life is served. Seen with the eyes of an astrochemist, terrestrial life just used what is abundantly available in solar-like star forming regions. One can even reverse the point of view: what is available gave rise to life and this implies that life is not a one-shot event in the history of the Universe.
In this presentation, I will review the molecular content likely available when the Solar System started its million years long process of formation and what was probably passed to the young Earth. Whether and what of it was directly used for triggering life is beyond astrochemistry, but nobody can answer a question if all the data of the problem are not known.